Surviving The Evacuation 9: Ireland, out now

They said there was no outbreak in Ireland. They lied. 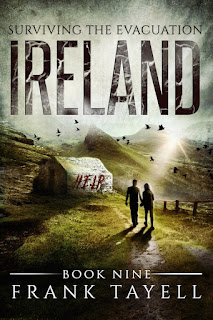 There was no evacuation of Northern Ireland, and no quarantine in the Republic. A Royal Naval blockade prevented ships from docking, but they didn’t prevent those who could reach the coast from fleeing by sea. There weren’t enough boats for everyone. Those who were left behind took refuge in castles, police stations, churches, military bases, and any other buildings with strong walls. The walls weren’t strong enough.

Eight months later, there are only a few dozen survivors left on the entire island of Ireland. They are certain that there is no safe refuge anywhere on the planet.

Set on the island of Ireland, eight months after the outbreak, this is the next volume of Bill Wright’s journals.


Available in ebook and paperback from:


Paperbacks are now available on Amazon, and can be ordered from any independent bookshop (and any of the better chain-stores) :)

Originally, this novel was going to be called 'Belfast', the name was changed to better reflect the locations in the story. As to why the locations changed, that was mostly due to how desperately difficult it is to travel the roads of a post-apocalyptic island of Ireland. (Some of the original Belfast storyline will now appear in Book 10)

This part of the story will conclude in Book 10, though the series will continue, returning to London and then travelling far, far beyond...