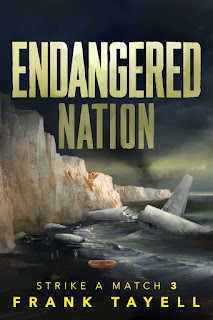 In 2019, the AIs went to war. Three days later, hundreds of nuclear missiles were launched. The electromagnetic pulse destroyed the machines, but the radiation and ensuing famine nearly destroyed humanity.
By 2039, civilisation had regressed to the age of steam, but newer technologies were on the horizon. The future looked bright until the warlords swept through Europe. Villages and towns were laid waste, the few thousand people who’d hacked out a life in the continental wasteland were butchered. It was only when the barbarians reached the British garrison in Calais that they were stopped. And so, another war began.
In Dover, life goes on. Food needs to be grown. Children need to be taught. For Ruth Deering, the city’s newest police officer, crimes need to be solved. When an artist is murdered, an investigation begins that will take her far beyond the city’s walls and, ultimately, determine the fate of their fragile democracy.

Set in Britain and France, twenty years after the world we know was destroyed.

Paperbacks are available from Amazon now, and should be available to order from your local bookshop or library early next week.

The audiobook will be recorded in November. (Serious Crimes, the first novel in the series, is now with Audible, and should be out in a few weeks.)