Counterfeit Conspiracy out now in Audiobook

Hello from snowy London. Counterfeit Conspiracy is out now as an audiobook from Audible, iTunes, and Amazon. Book 12: Britain's End will be out in January (apologies).

Counterfeit Conspiracy: In 2019, the AIs went to war. Millions died before a nuclear holocaust brought an end to their brief reign of terror. Billions more succumbed to radiation poisoning, disease, and the chaotic violence of that apocalypse. Some survived. They rebuilt. Twenty years later, civilisation is a dim shadow of its former self, and crime is on the rise. During the investigation of a routine homicide, Police Officer Ruth Deering prevents a group of Luddites from destroying the telegraph. This act of sabotage is only the beginning. As arrests are made, and criminals are caught, evidence emerges that the saboteurs are connected to the AIs, the counterfeiting, and to the assassination. The shadowy figure behind the conspiracy must be unmasked before their fragile democracy is destroyed. 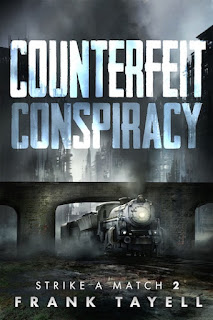 Surviving the Evacuation 12: Britain's End will (probably) be out in January. I'd hoped to have it finished before Christmas, but to meet the pre-holiday publishing dates for Amazon & iTunes it would need to be finished by the 16th December, and it's just not there yet. There's not too much to do, but life has become a tad hectic, I don't want to rush it (either life or publishing ;) ) 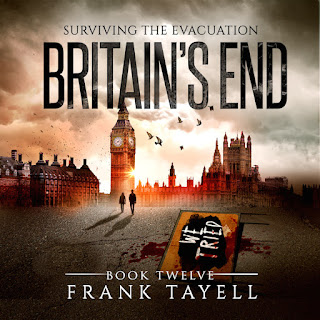 Despite the name, this isn't the last book in the series, though I hope to finish this arc in either Book 13 or 14, and then plan to jump the story forward a few years. Before Book 13, I plan to publish a novella about an FBI agent, and Lisa Kempton. This was originally going to be the prologue to Book 12, but, while interesting and important to the overall story, isn't strictly relevant to the plot in this book. Nonetheless, it is quite cool, so that will be out early in the New Year.

The audiobook for Book 11 should be out before/around Christmas.

Happy listening, and enjoy the snow (or, if you're me, enjoy watching the snow fall while sipping tea while inside, in the warm.)