Out Now: While the Lights Are On (Surviving the Evacuation)

While the Lights Are On

Life Goes On Book 3 (Surviving the Evacuation)
Save Australia, Save the World. 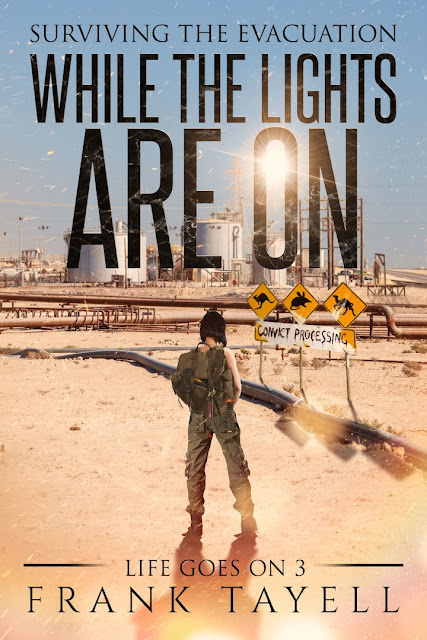 No bilbies, kangaroos, or wombats were harmed during the production of this book. I wish I could say the same about spiders.